March of the Villains...

Been working on the title sequence for Jim Bray's Challenger. Since it is part of his 'Starship Anthology' project, he would like the titles to feature a number of ships as well as the Challenger. Since this included alien races as well, I needed to add to my collection of meshes. I started with Prologic9's excellent D7 and Romulan BOP available from Foundation3D. There were a number of practical issues with trying to get the models over in to Cinema 4D. In the end, I bit the bullet and rebuilt certain parts of the meshes, as well as converting the Lightwave planar mapping over to UV mapping.
First up, the Klingon D7. 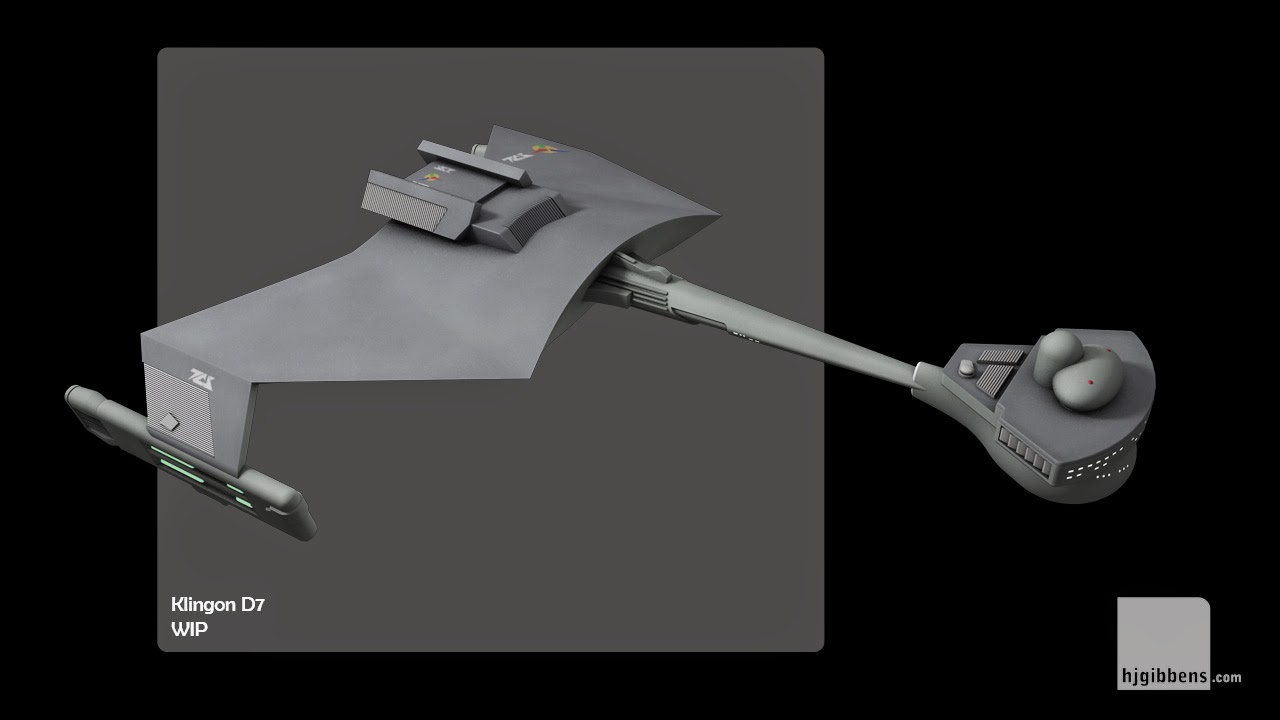 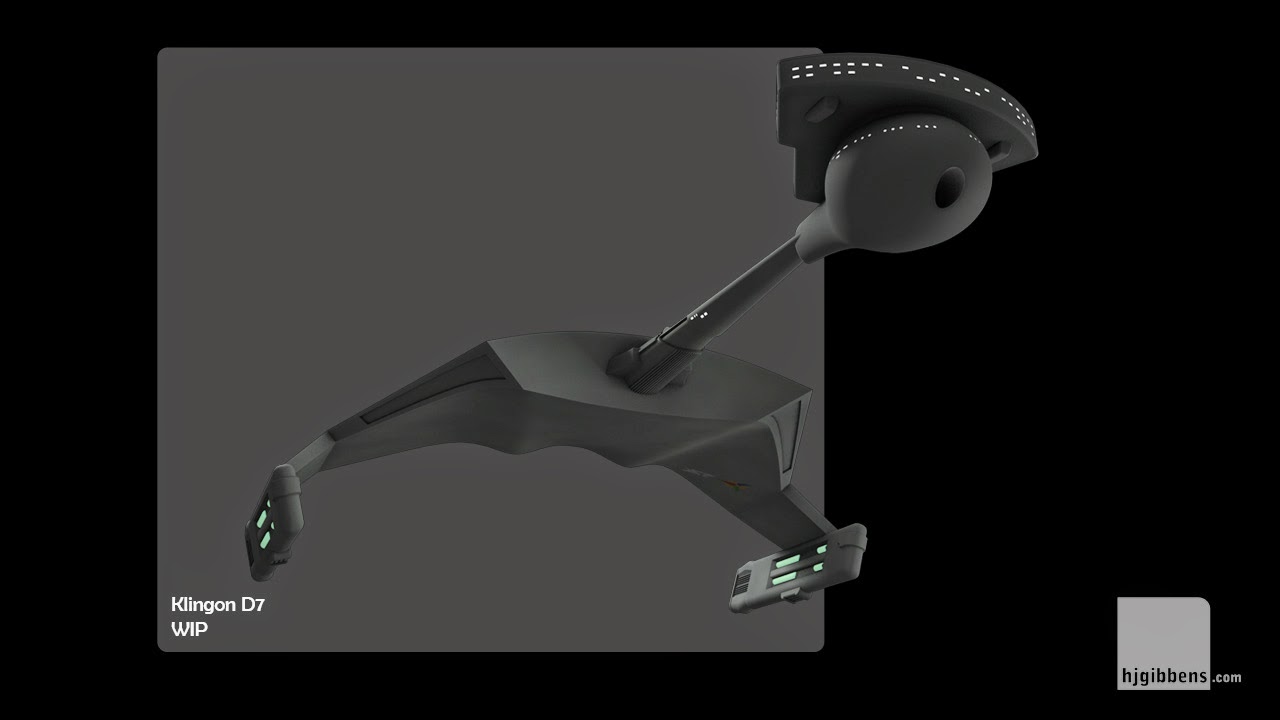 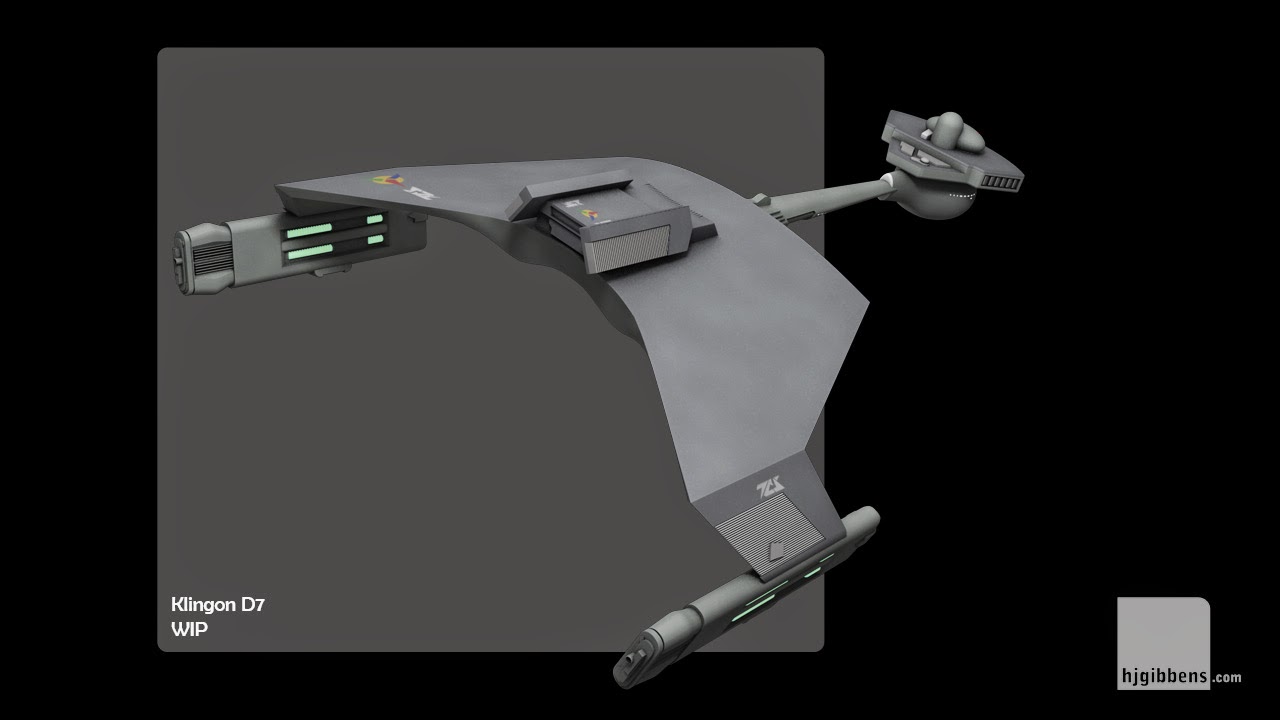 I scanned in the decal sheet from the Polar Lights Romulan Battle Cruiser kit, and with a bit of Photoshop manipulation, was able to produce the Romulan variant of this model. 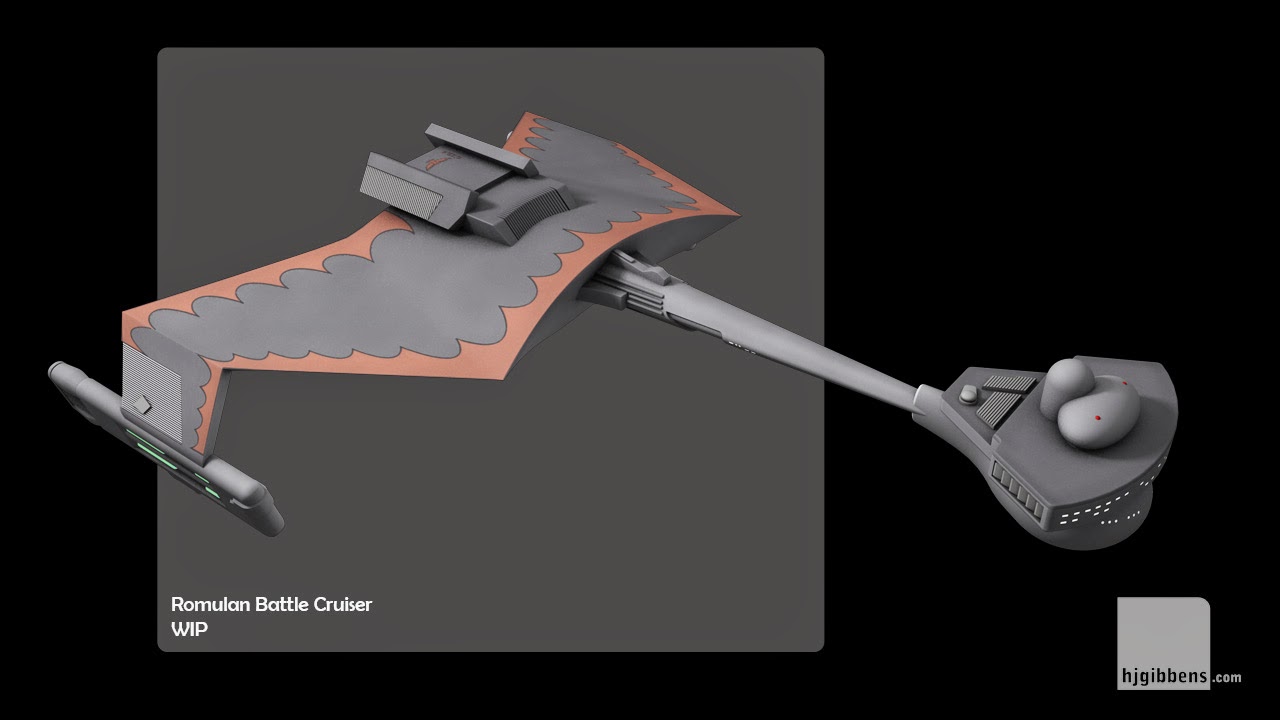 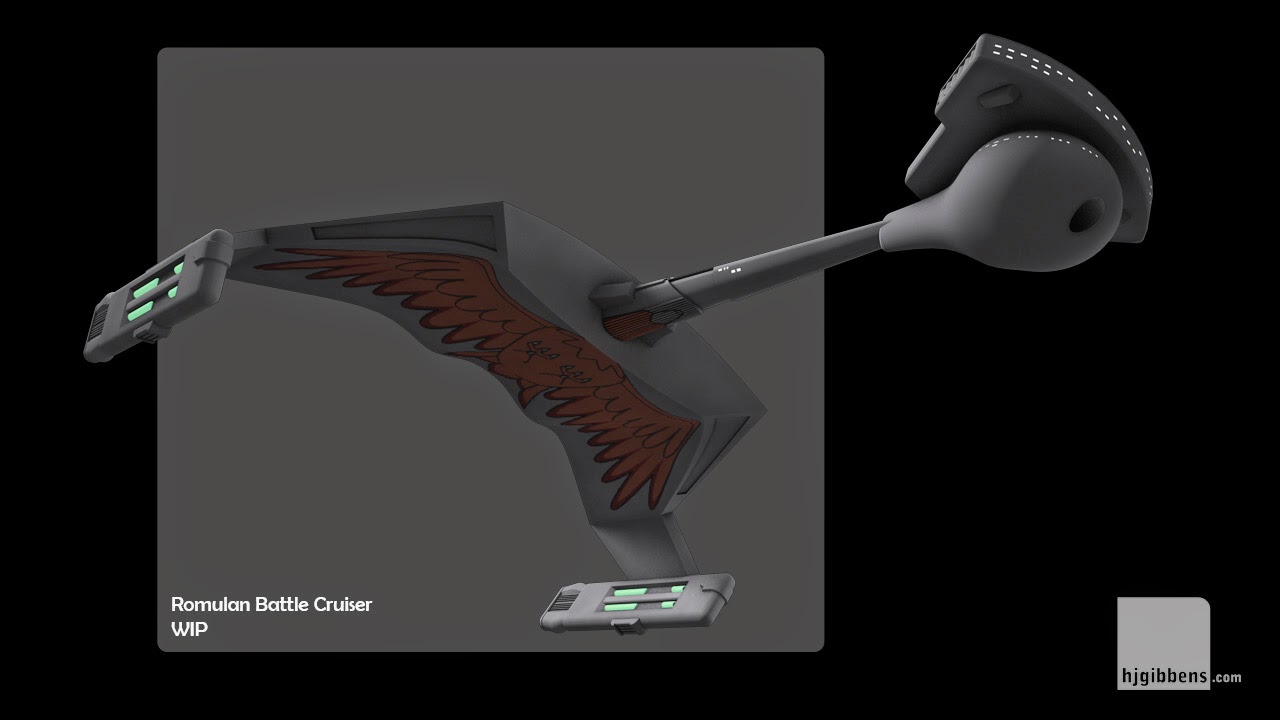 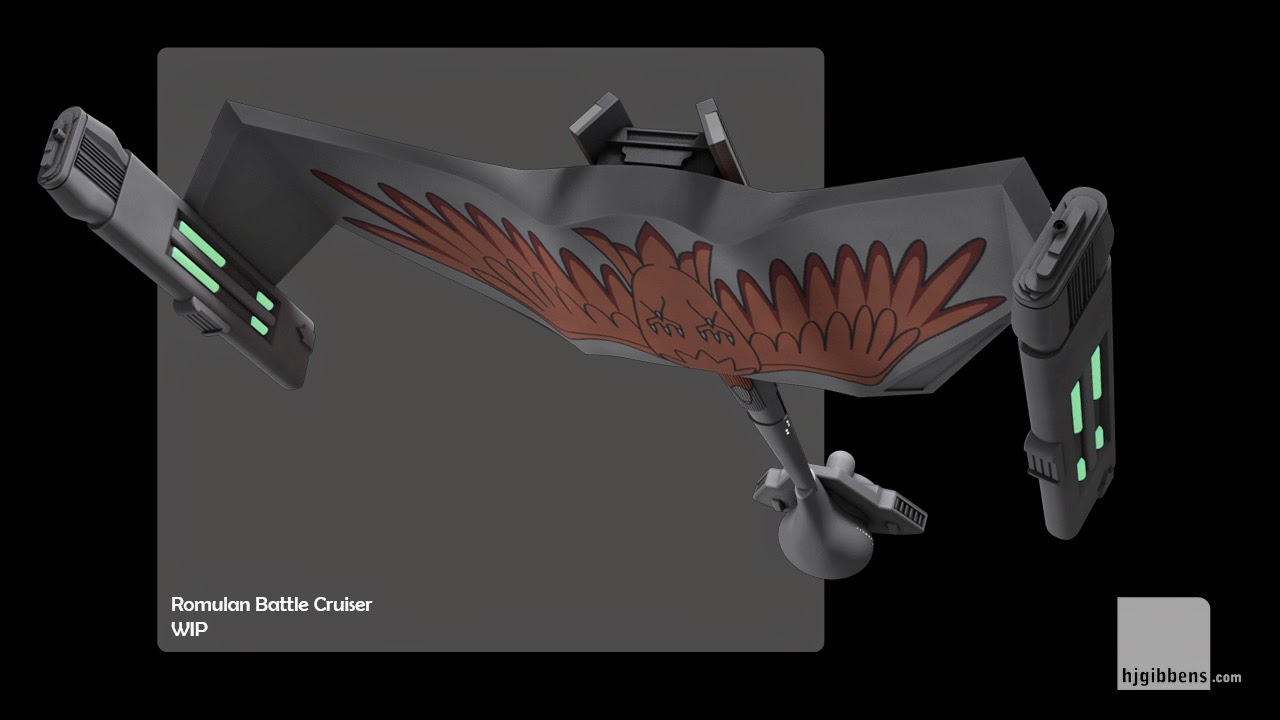 Still got some work to do - need to work out some specularity maps, and may add the engine details featured on the remastered TOS version.
With these two well on the way, I turned to the classic Romulan Bird of Prey. I'll probably offend some purists, but I added some paneling detail that I has seen in images of a garage kit of this ship, as well as insetting the window details rather than the extruded surface version that appeared on the original studio model. Again, more Photoshop fun with the decals from the re-release of the AMT kit. The bussard details need fixing up, and I need to work out some specularity maps. 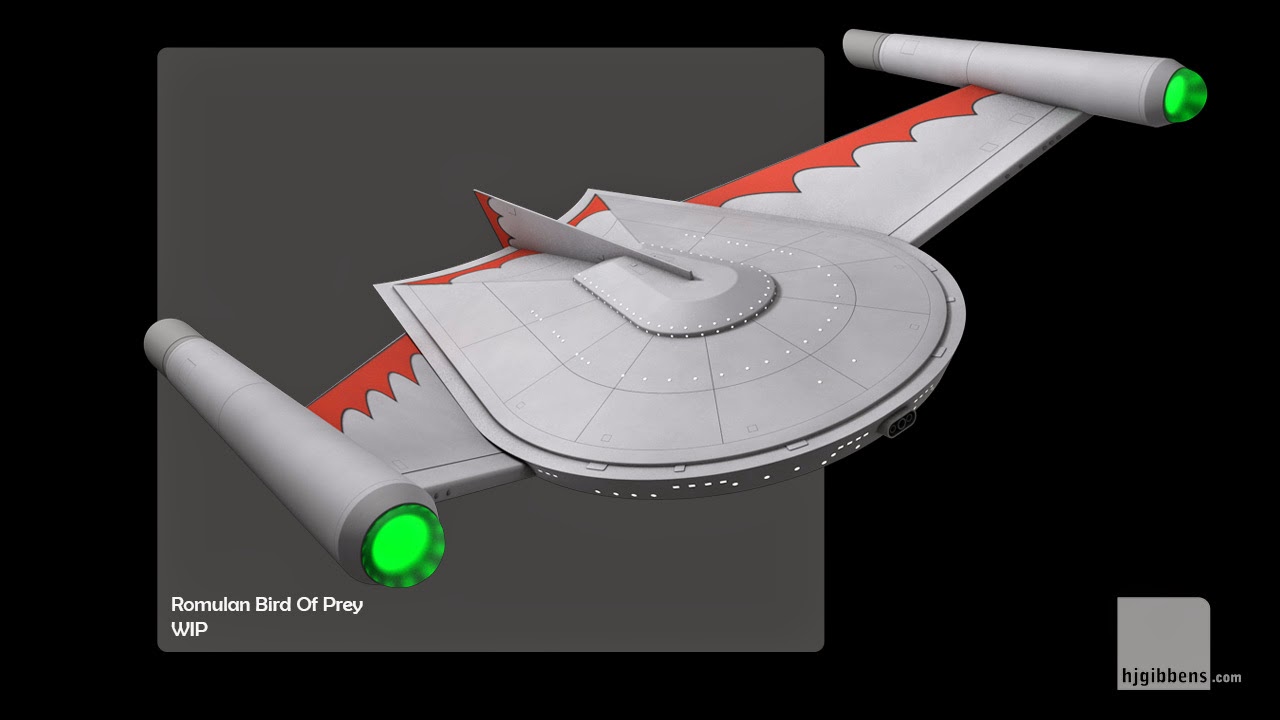 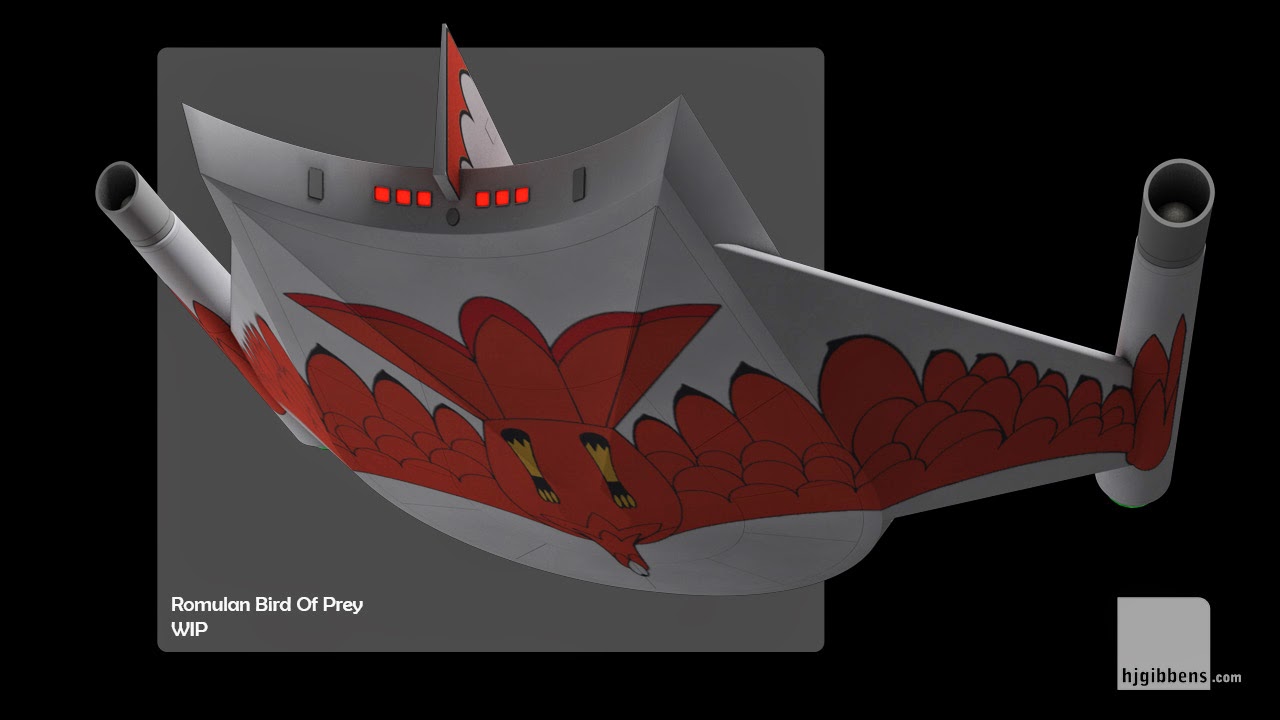 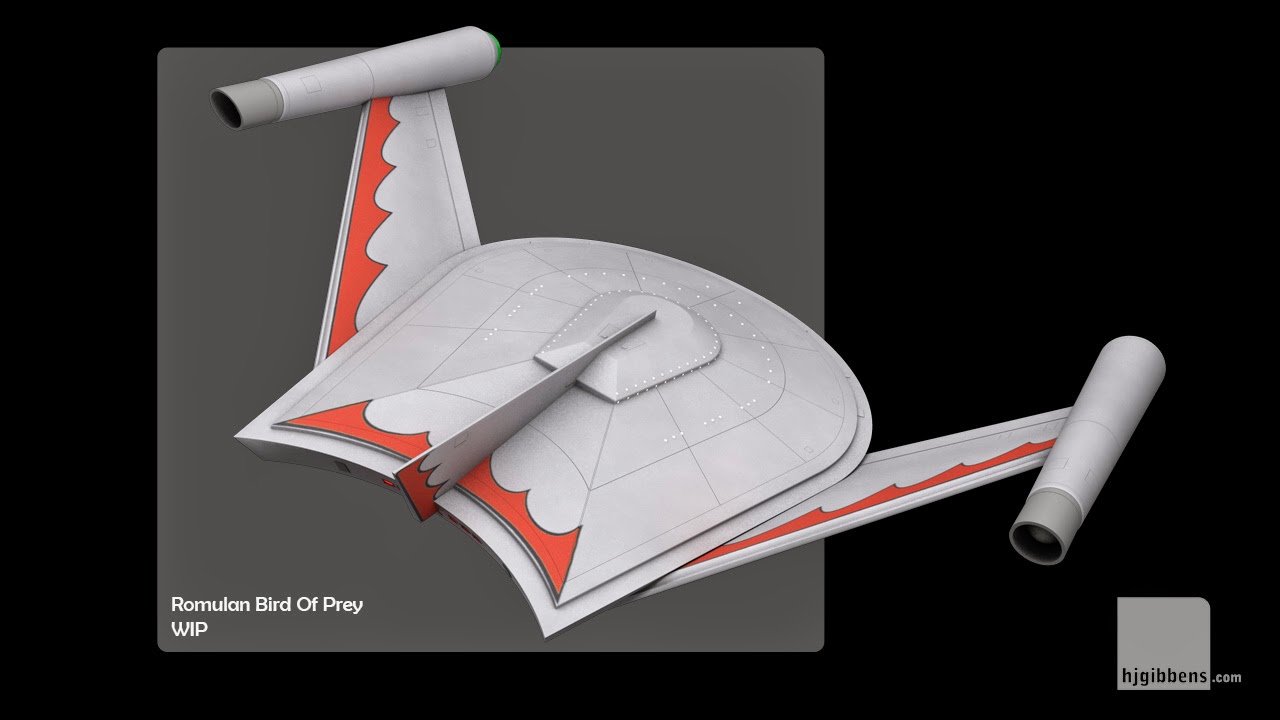 Posted by Henry Gibbens at 9:11 PM