There was a request for a space station as part of the credits sequence for Challenger. The brief was for something TOS in look but not the bog standard K7. There was Masao Okazaki's Watchtower class station used in the Vanguard novel series, but Tobias Richter has already done an outstanding version of this which is appearing in 'Yorktown: A Time To Heal'. I had noticed the G5 station over at modelling site Tyken's Rift - an interesting kit bash between the AMT K7 and MPC's Pilgrim Observer. 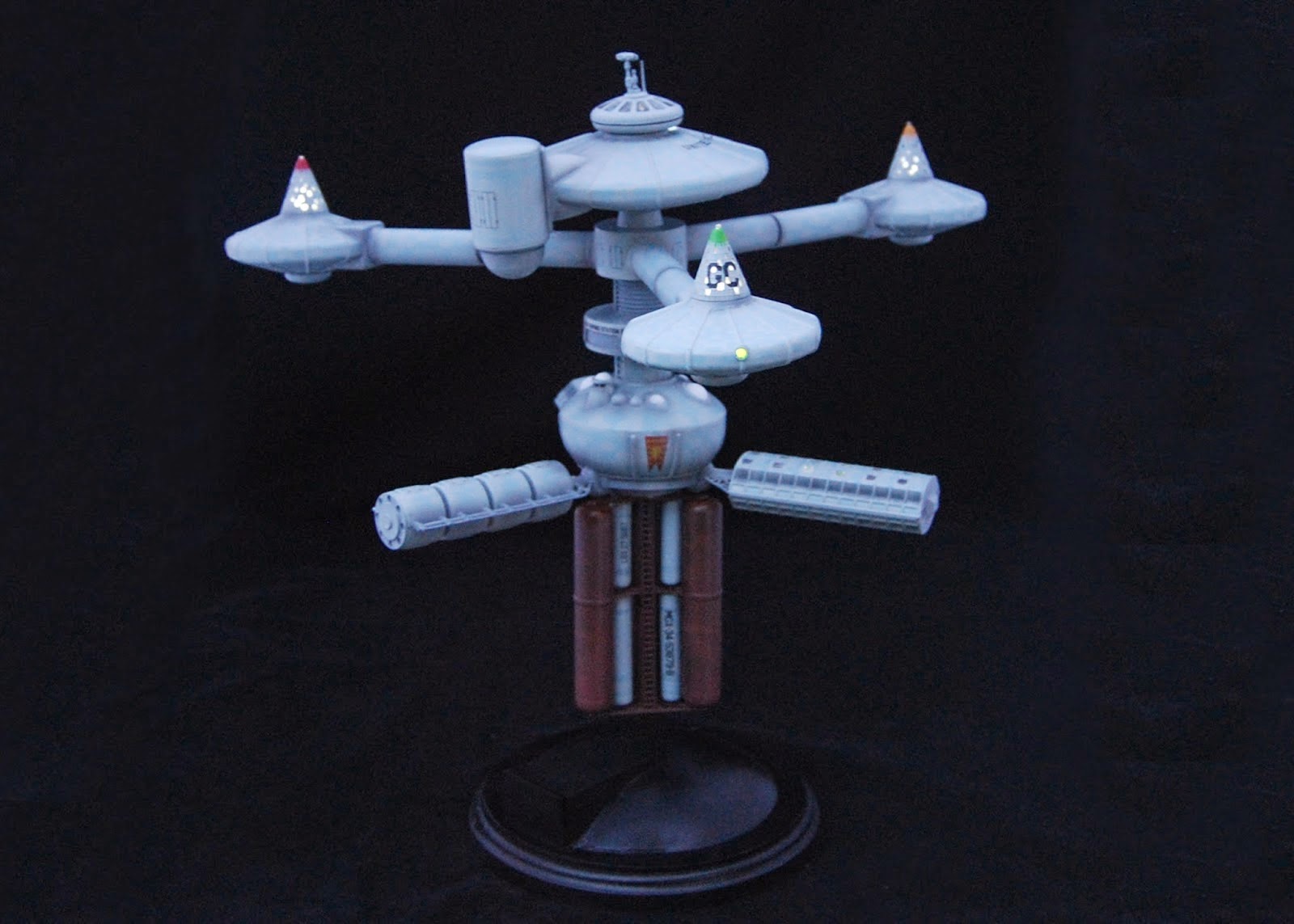 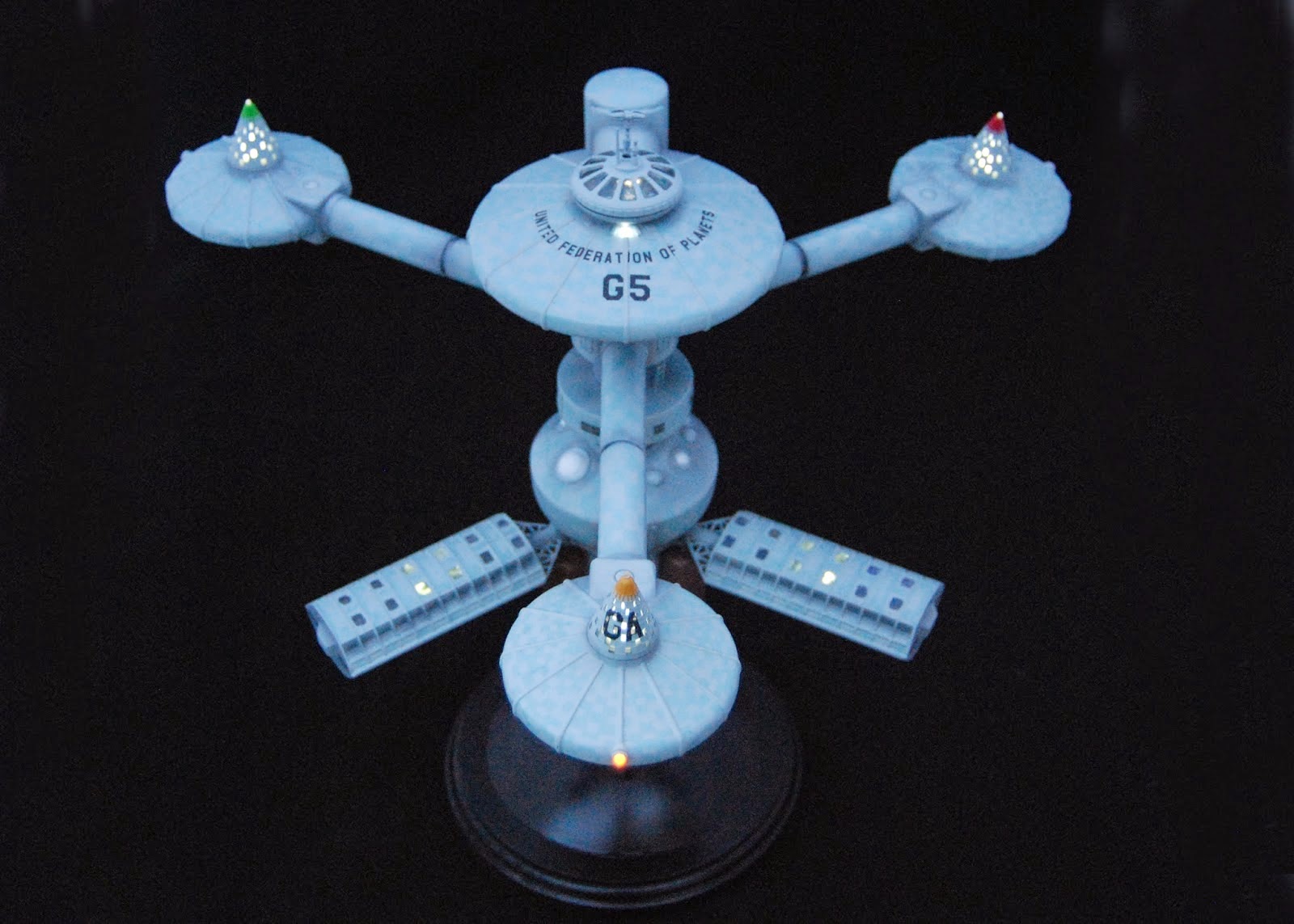 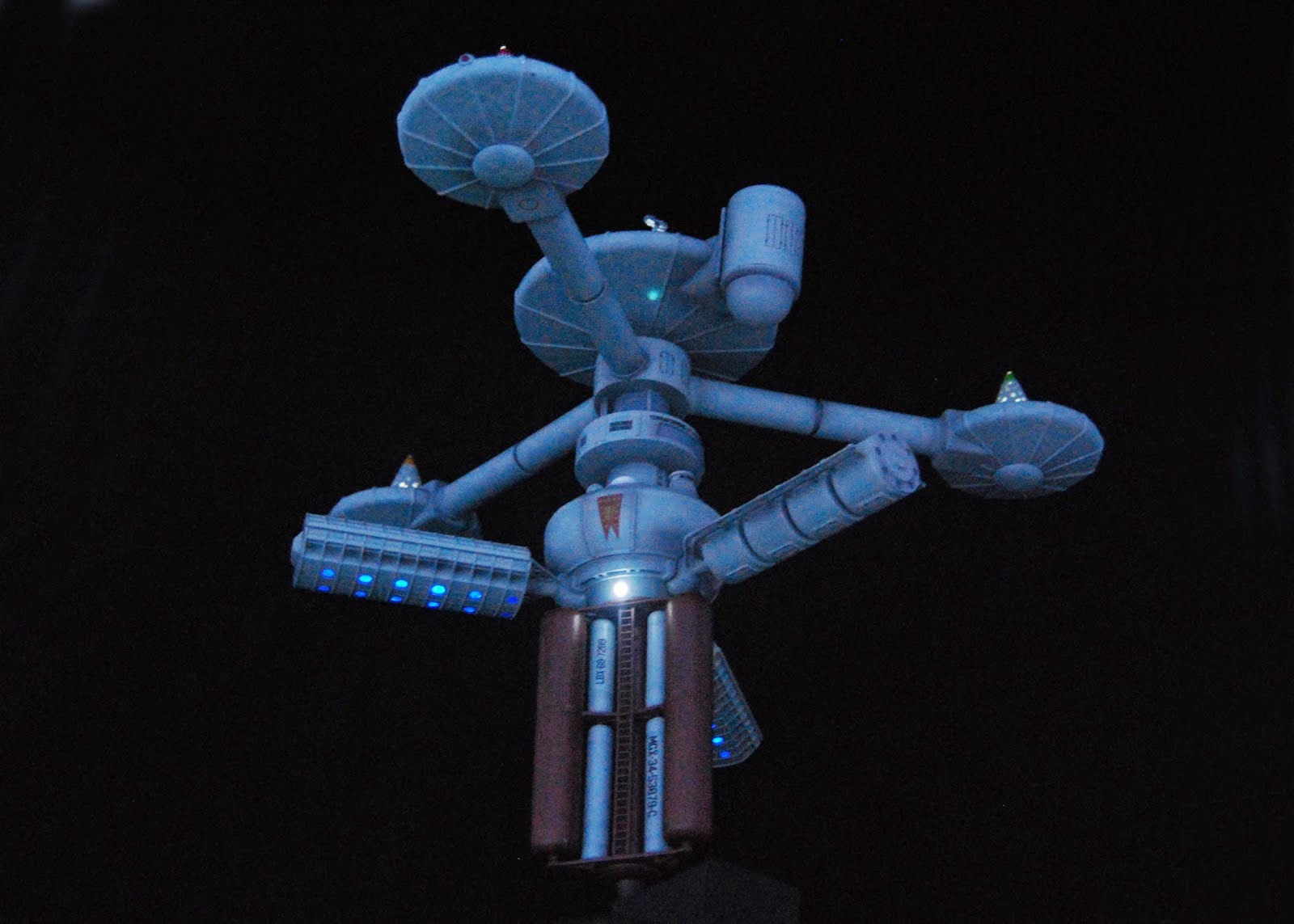 I contacted the creator and asked if he would be amenable to me building a 3D model based on his design - he kindly agreed. I have made a few minor changes - but the essential design is the same. I still have some more detail to add, but this is where the 3D version stands at the moment. 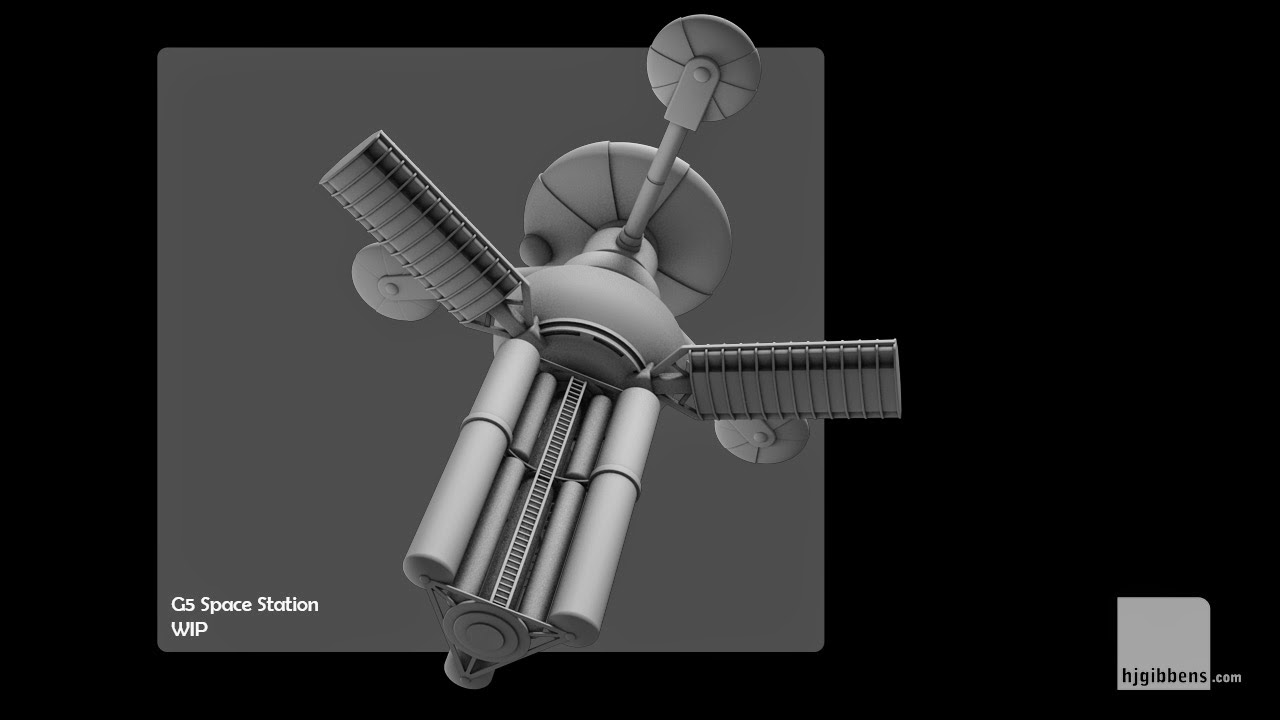 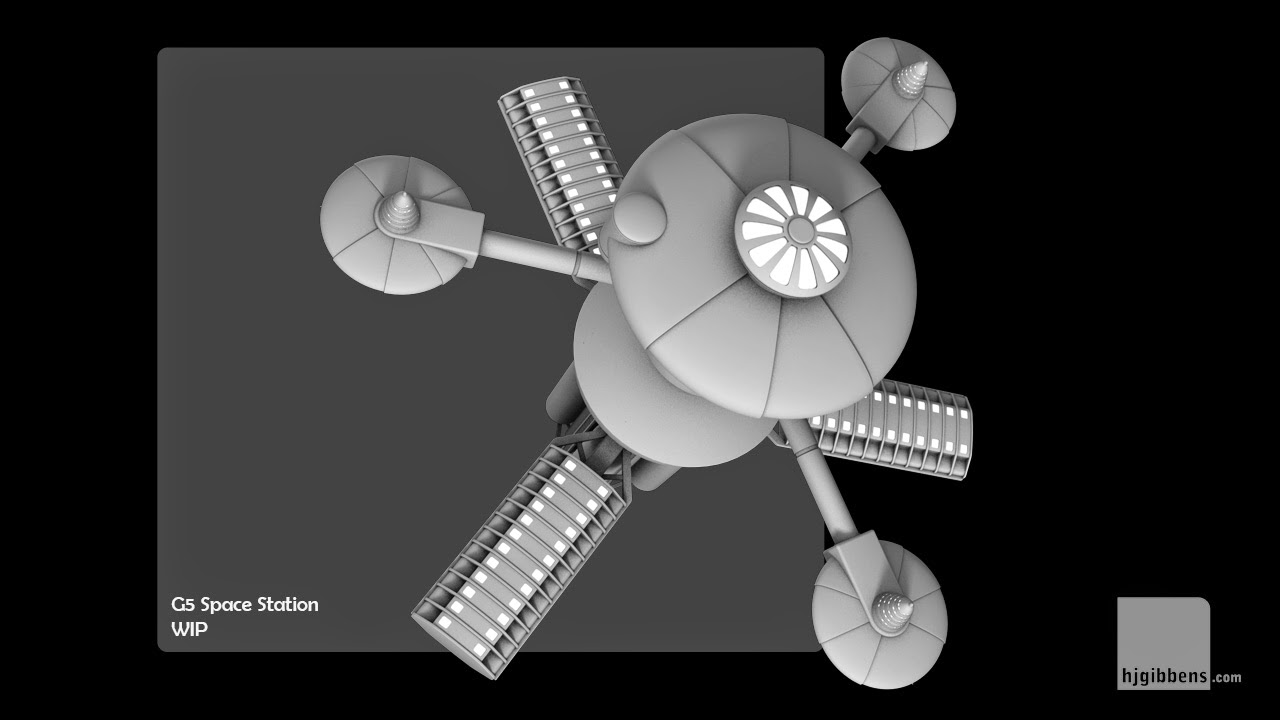 Posted by Henry Gibbens at 4:47 PM