Managed to get the bulk of the texture work done on the Challenger. 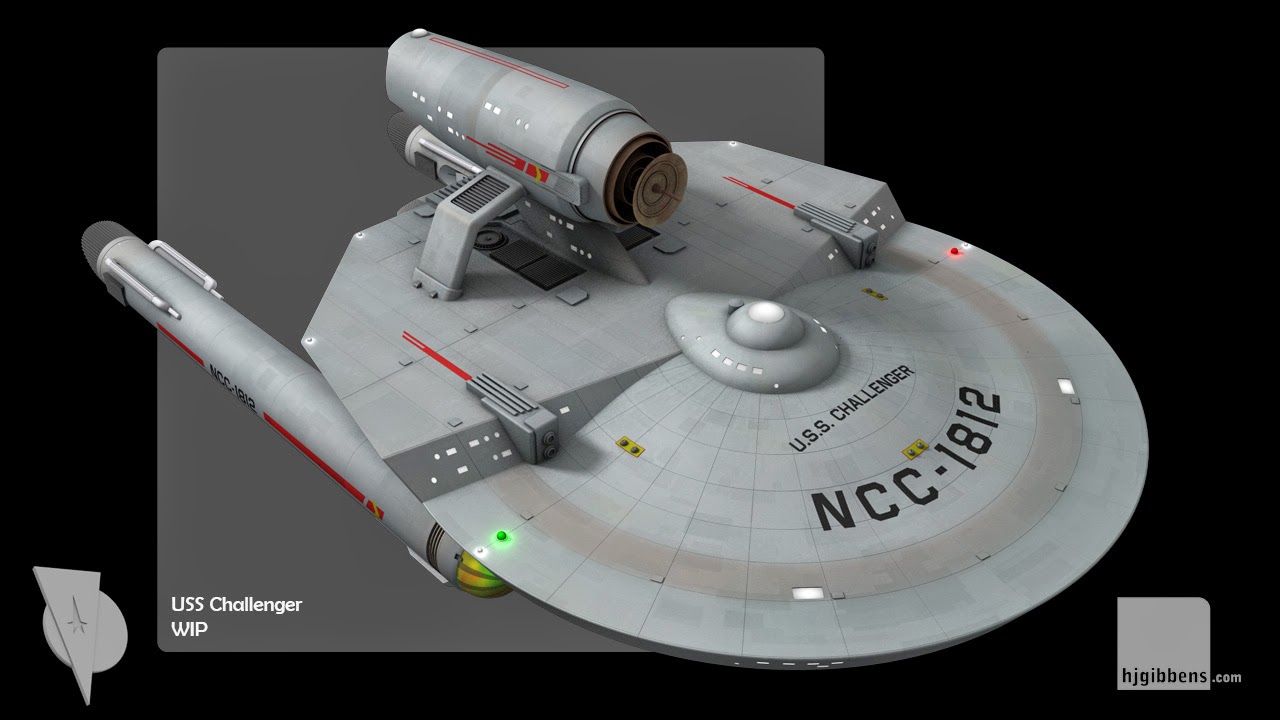 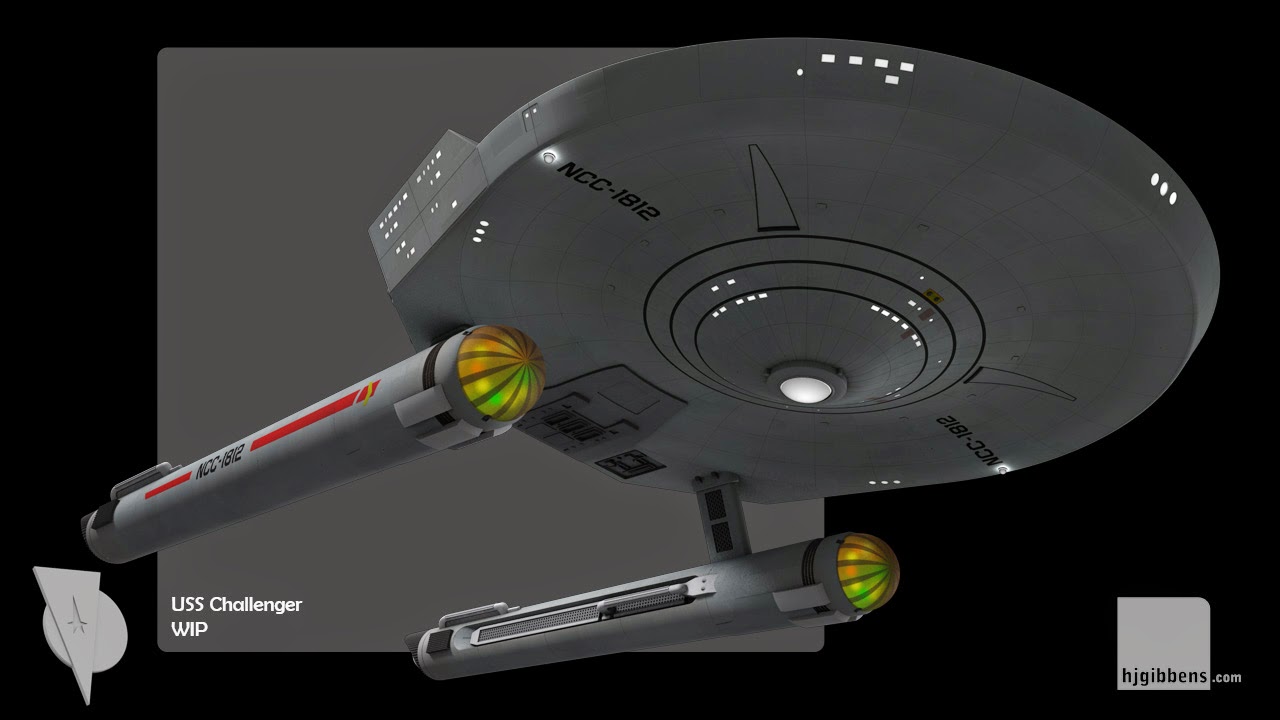 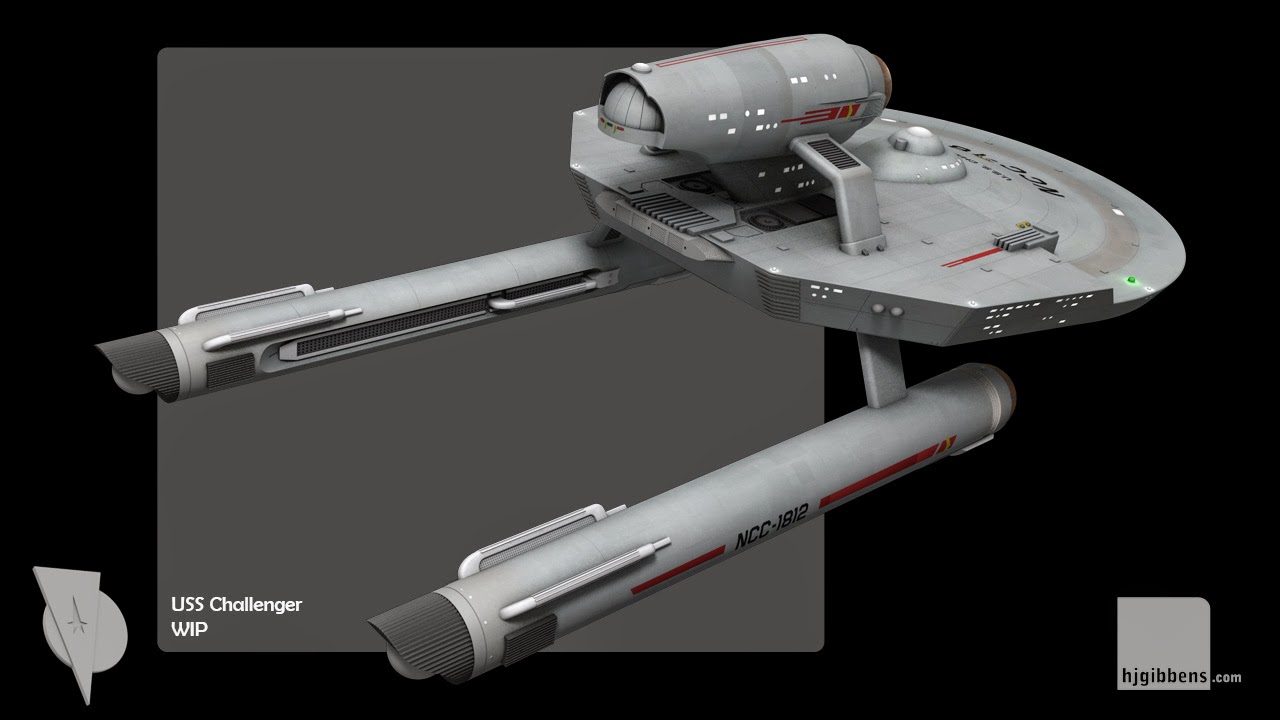 Scrubbed up quite well. I was going to add in some window boxes to give an impression of rooms behind the windows, but there is a push to get some animated footage produced, so that can take a back seat for the moment.

Up For A Challenge...

Making headway on texturing the Capital Ship for Polaris. I'd initially taken a different approach but TPTB wanted something more in line with the texturing of the Polaris herself. These are the results of the current phase. 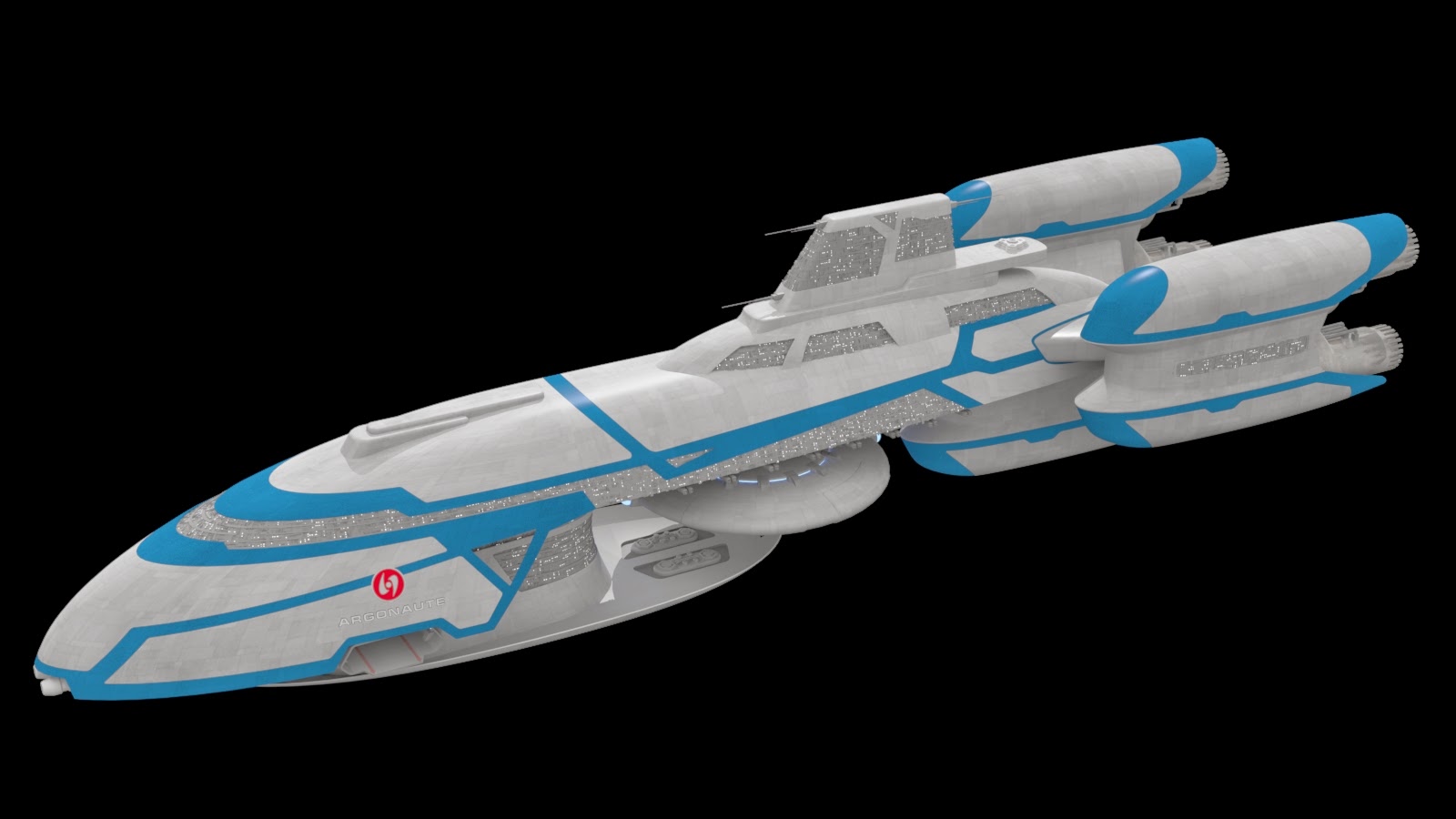 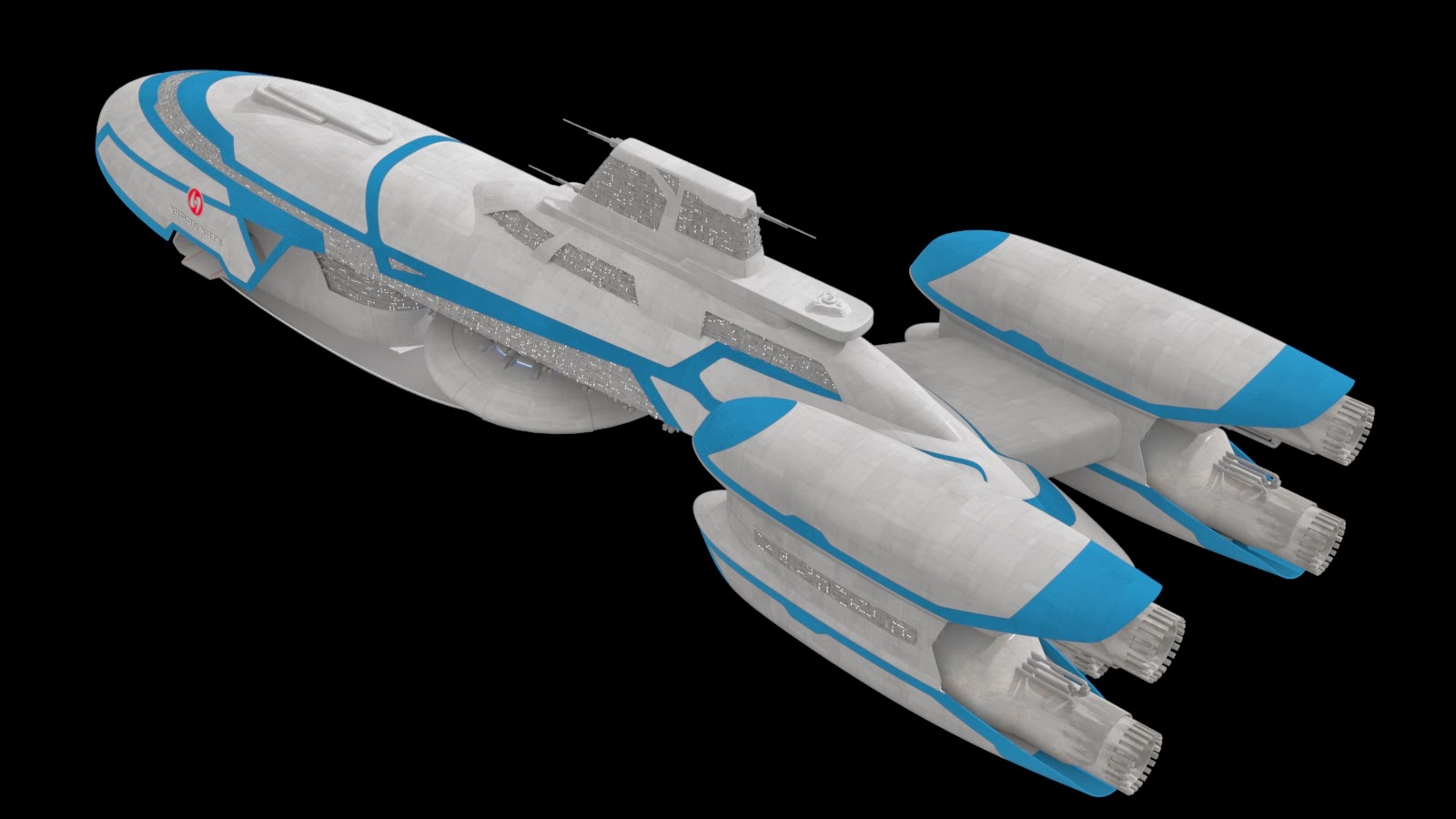 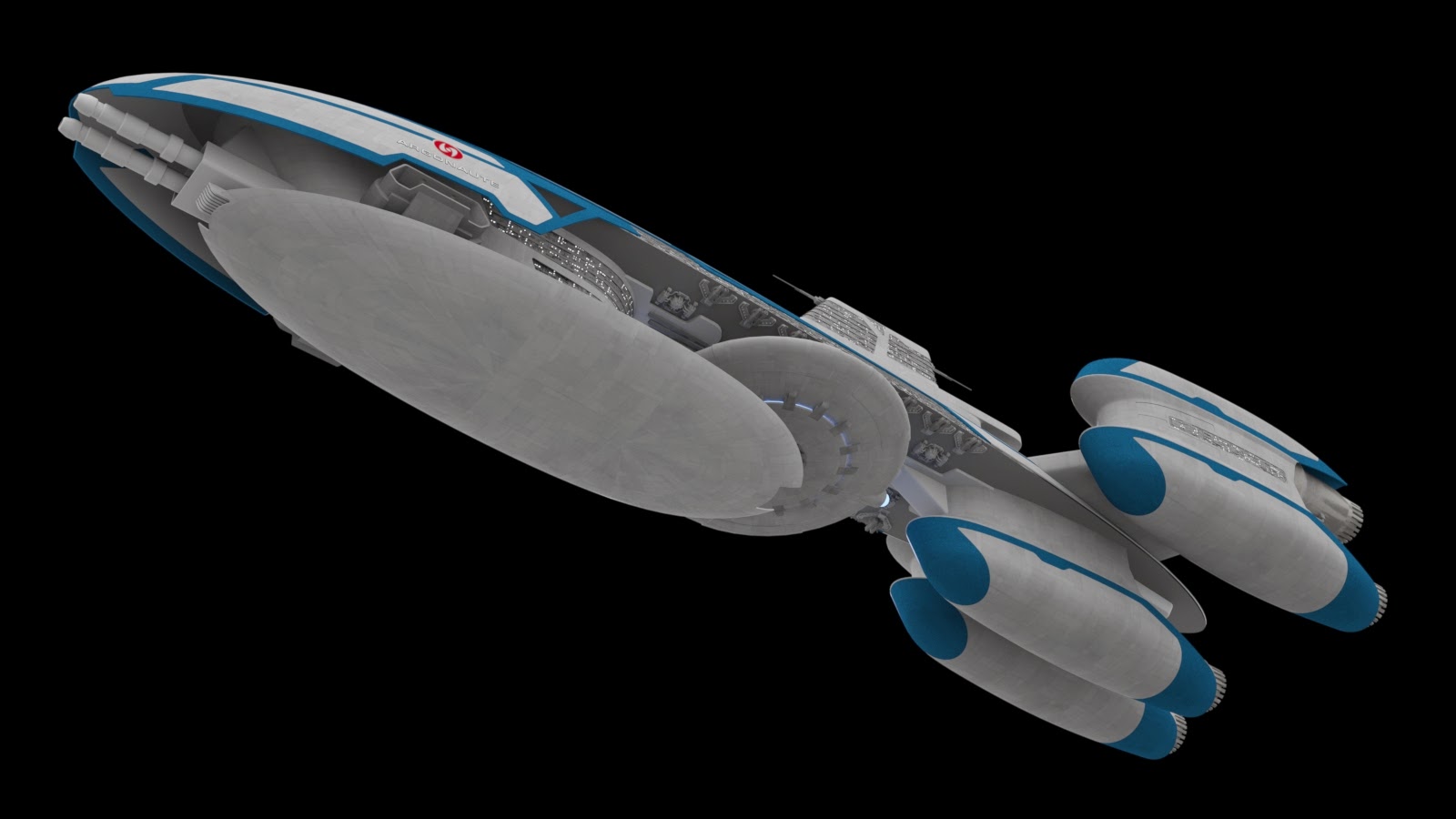 On a different front, Jim Bray - who had been helping out the folks at Ajax on their restoration of the Exeter bridge set - is gearing up for his own production involving the USS Challenger. I'd taken an initial stab at building the Challenger, but when I'd heard that modeling god, Tobias Richter would be building her, I quietly put my version up on the shelf. Turns out that Mr. Richter has his hands full with Phase II and Axenar, so I dusted off my model and sent it over to Jim. He liked my take on the ship, so I have continued detailing.
Jim had built a kitbash to outline the design he had in mind - a variant on a TOS Miranda. I recognised the lines of the old AMT kit and sought to smooth out some of the limitations the kit bash had. 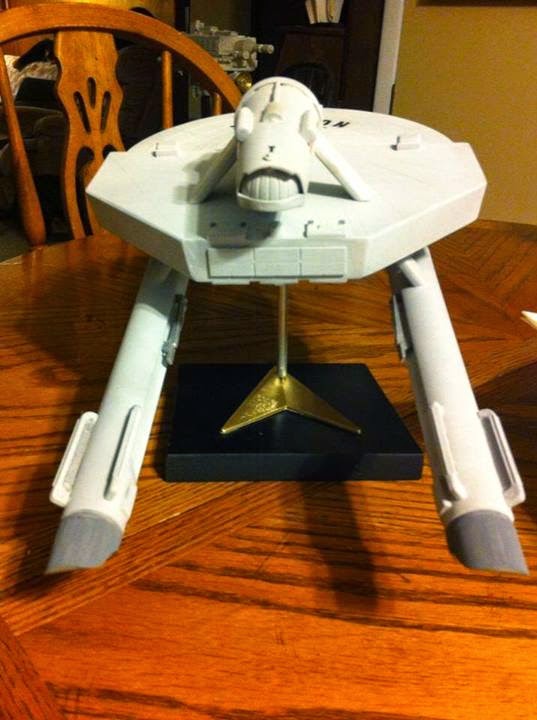 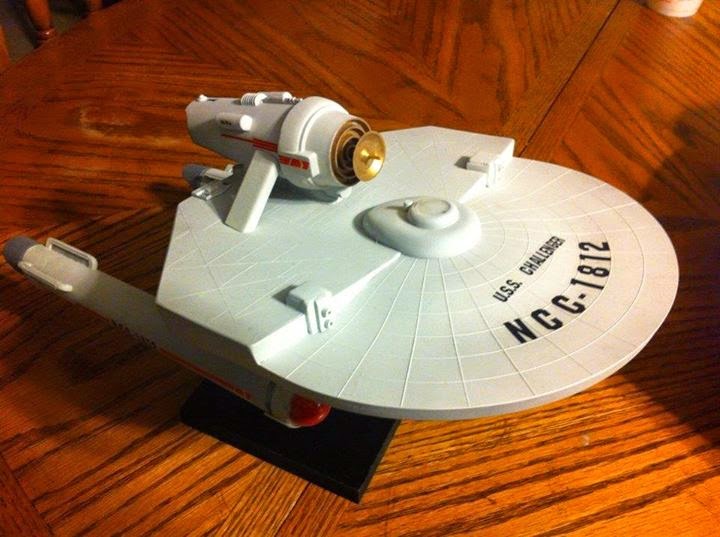 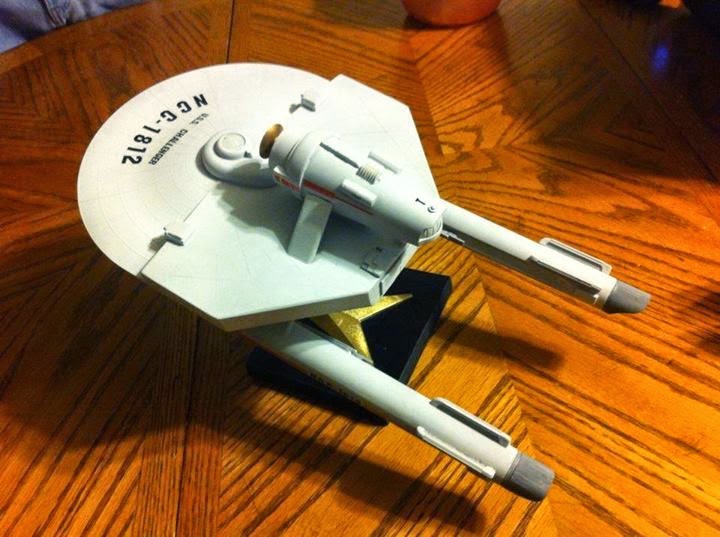 A number of people have pointed out that the dorsally slung secondary hull is a very Abrams Trek trait, epitomised by the design of the USS Kelvin. However, it seems that Matt Jeffries had toyed with a similar idea in some of his concept work for the 60's Enterprise. 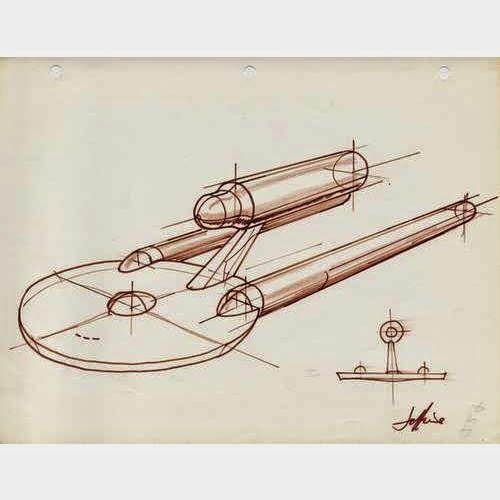 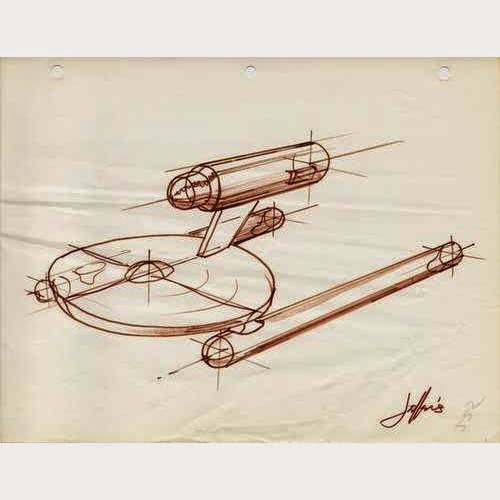 So here is the current version of the Challenger - just about finished the detailing, few small elements to add then it's on to the texture phase. 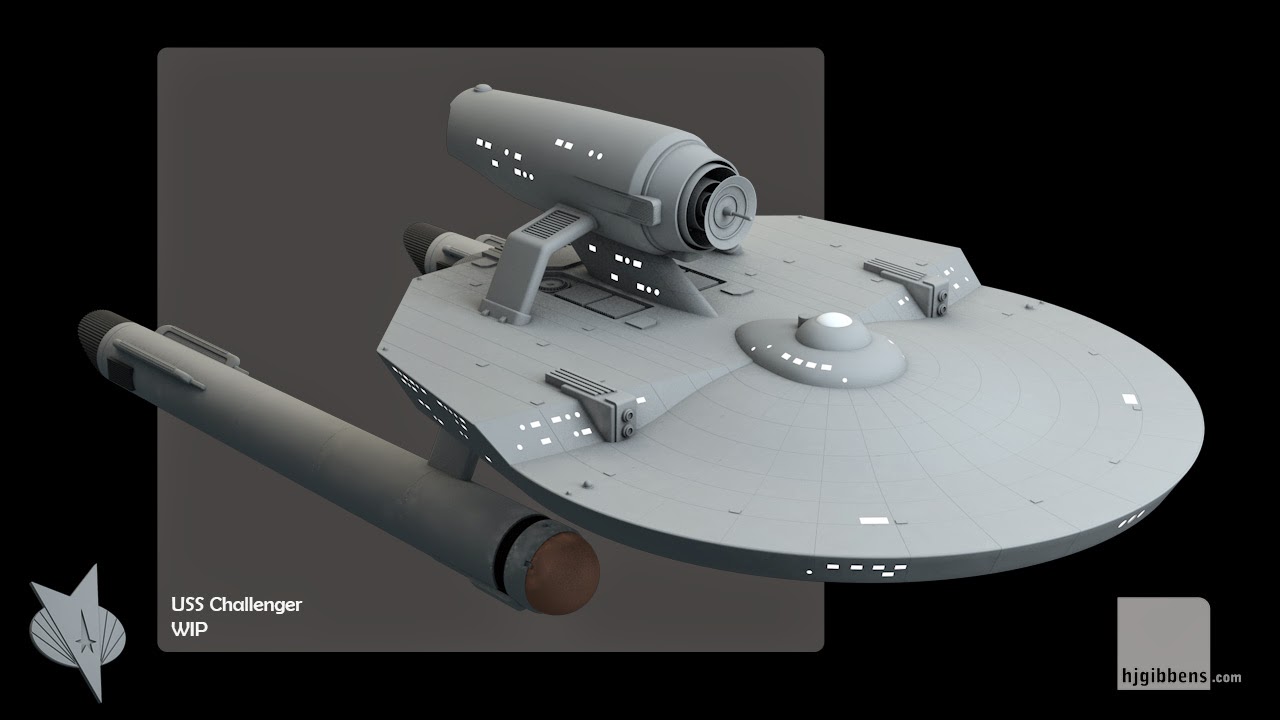 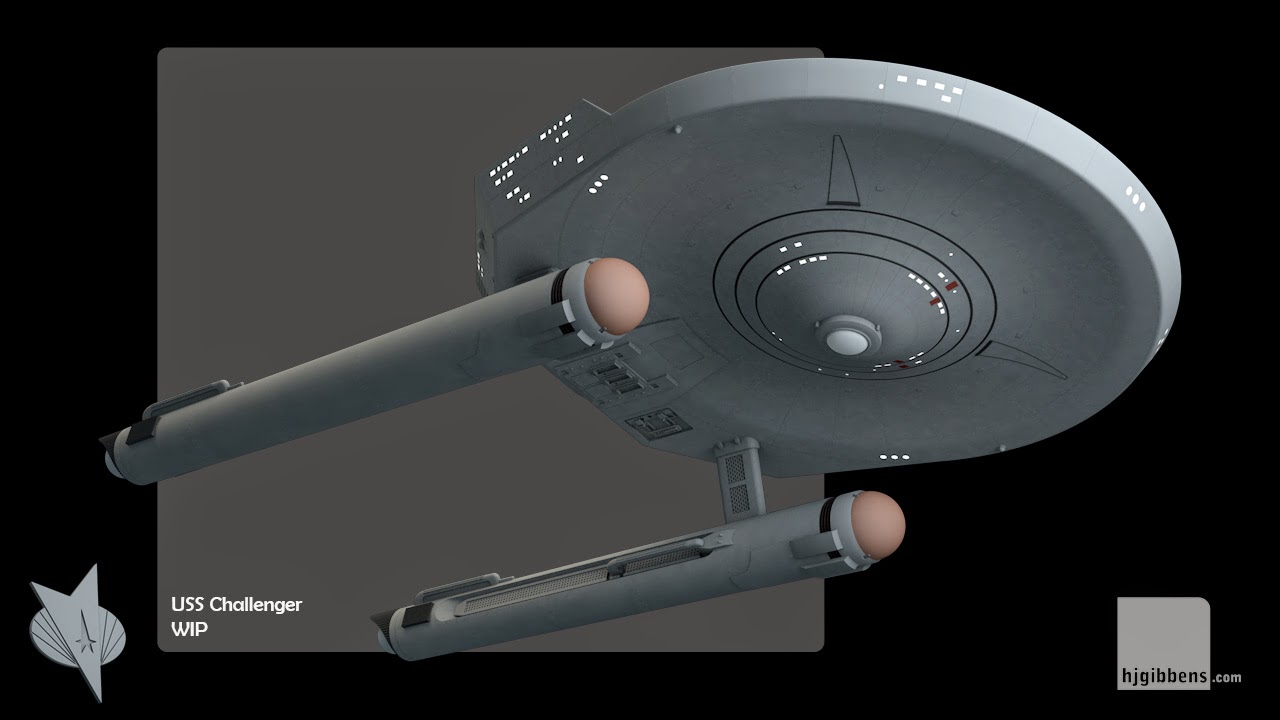 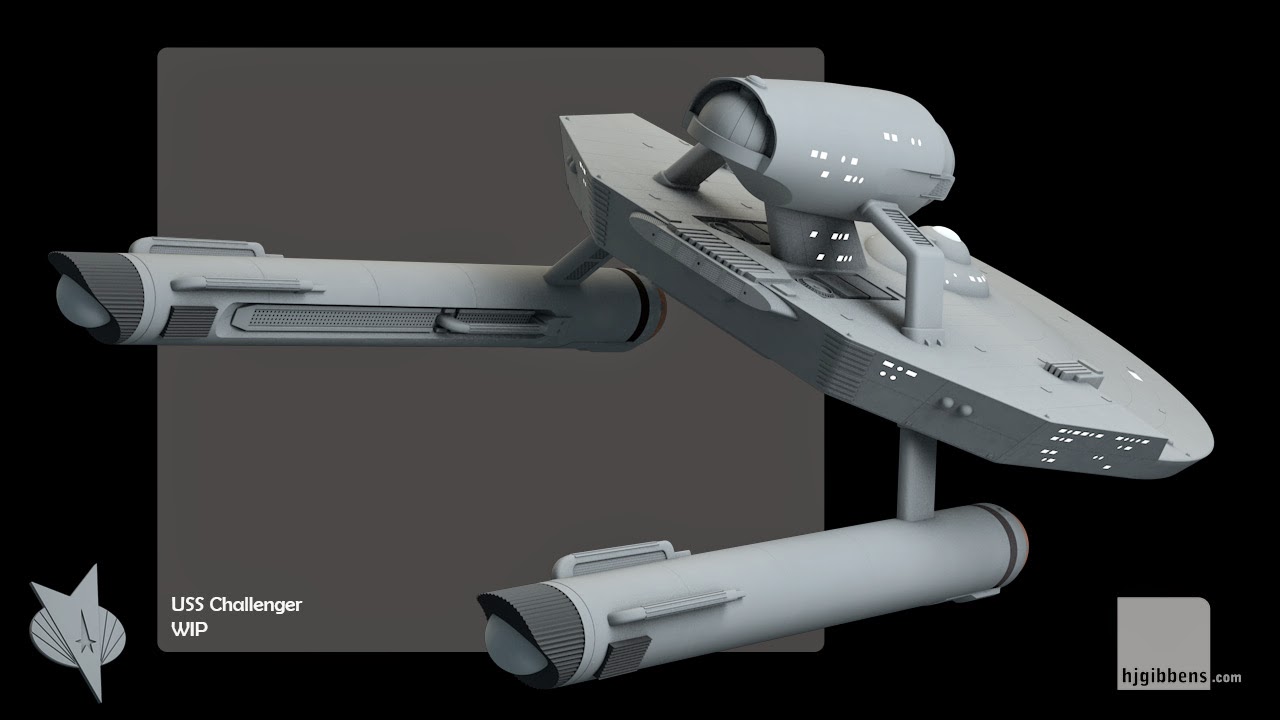 I've taken some design cues from the Surya that I showed previously, trying to tie the Challenger to the design lineage seen in 'Ships of the Star Fleet: Volume One'.