Here's the latest version of Starbase 15. Still more detail to add, only the basic colour scheme at this point but starting to look the part. 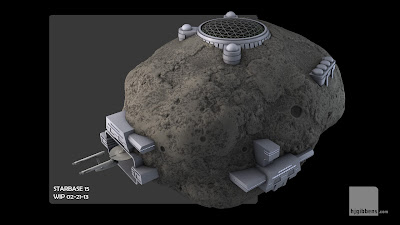 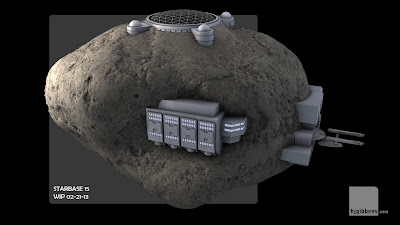 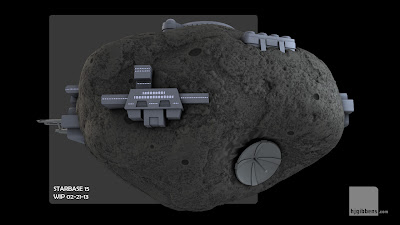 And here's a rough comp that was needed for an on screen graphic during filming on the Ajax bridge later this week. 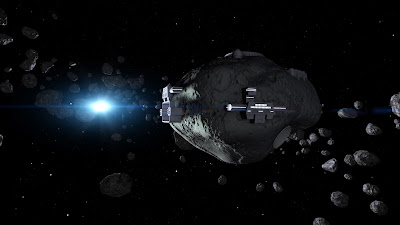 The script calls for a number of ships to be seen around the station as the Ajax arrives. Thought it might be nice to have a few cargo craft as well as Starfleet's more typical ships of the line. Gave me an excuse to make a start on a Sherman class Cargo Drone - as seen in Star Trek - The Animated Series - 'More Tribbles, More Trouble' if I remember rightly. At the moment I have gone for the cargo pods shown on the Starstation Aurora blueprints rather than the grain pods seen in the TAS episode. 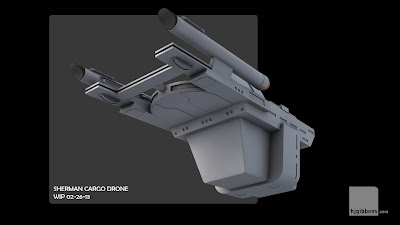 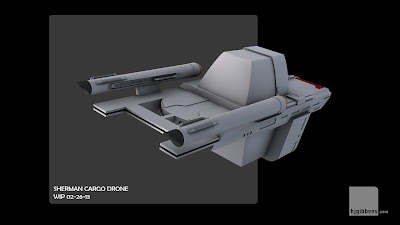 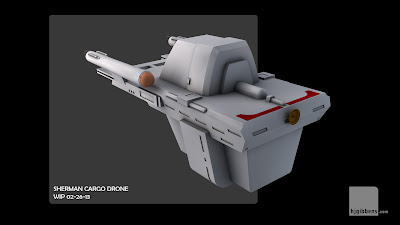 Posted by Henry Gibbens at 9:32 PM