Had a few hours spare while waiting for some feedback on another project (more later) and thought I would pay some attention to the Endeavor before it starts to feels a bit unloved.
Replaced the primary hull with the new gridline version from the Santee, rebuilt the neck to include the gridline and correct the window placement, modified the nacelles and made a start on the markings. Still in boring grey while I get some information on what the experts think it's colour should be. 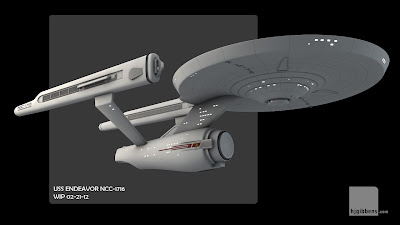 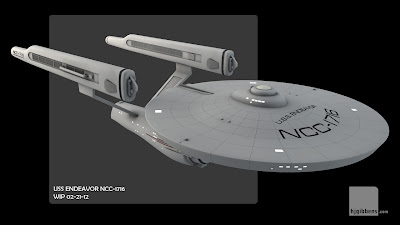 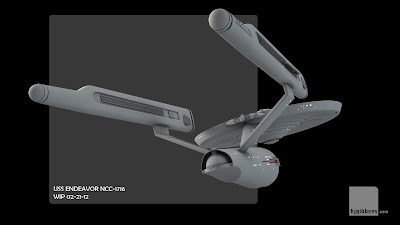 USS Santee - no longer in gray!

Update on the Santee.
Since the FJ/FRS/SotSF material all features grid lines as part of the ships, I have elected to build the grid in to the mesh rather than have it just as part of the texturing. When I was building the Ajax I was tasked with basing everything off the smooth 11 foot TOS Enterprise, here I feel I have a bit more leeway.
Texturing is now underway - I have finally knuckled down and tried to get my head around some of Modo's UV tools and reworked how I create the UV maps for the various sub-assemblies. I have kept the texturing from the 11 footer, but made it a bit subtler compared to my earlier efforts. Also streamlined my methods for applying registries and markings. Still some way to go, but it's certainly advanced from the clay render gray stage.
Having used the Santee as a test bed for new ideas, I can start applying what I have learnt to the Endeavor and the Achernar and bring those up to speed. 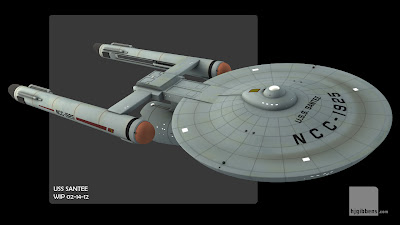 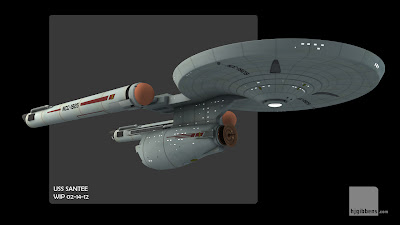 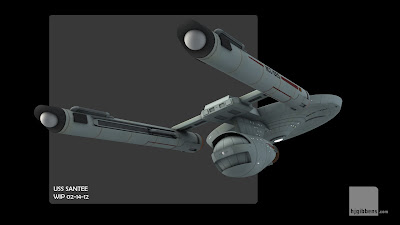 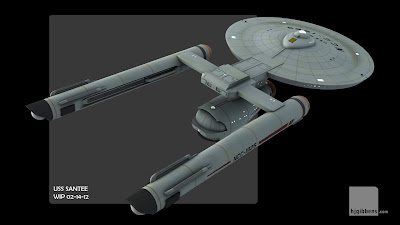