All those plans of getting much CG work done over Easter proved to be a little over enthusiastic. That being said , a number of things did get done, mostly 'under the hood' so to speak. An excellent article over on http://greyscalegorilla.com about optimising Cinema 4D renders had me tinkering with the Ajax scenes and achieving marked improvements in the render times - this will prove invaluable when it comes to getting the animation rendering out of the door. I also managed to track down a few render errors that were giving me the irrits and get those corrected as well.
Robert asked for a set of high res orthos for publicity material - so here they are for all to see. Click to embiggen. 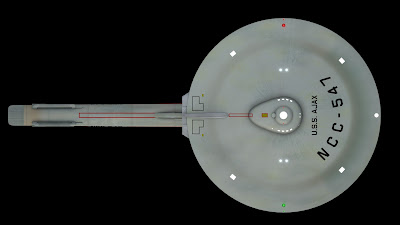 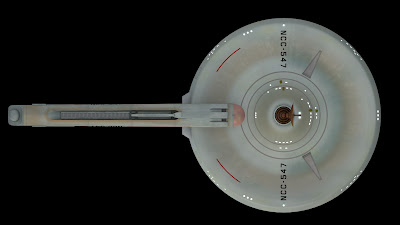 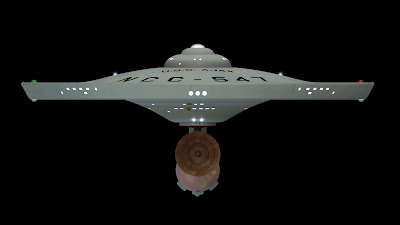 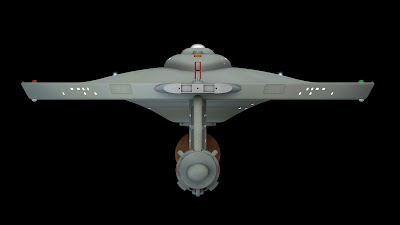 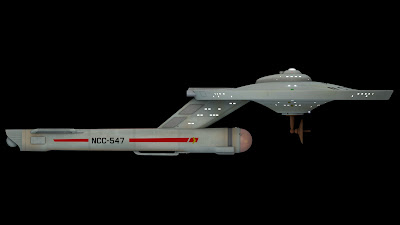 Also been playing with getting Bill 'Tallguy' Thomas' excellent D5 mesh out of Blender and over in to Cinema 4D. Memories of 'Star Trek: Of Gods and Men' - read the previous article to see what I mean. After finally getting my head around Blender's modifier stack and how it handles exporting sub-D models, I now have a working D5 in Cinema 4D, and very nice it looks too! 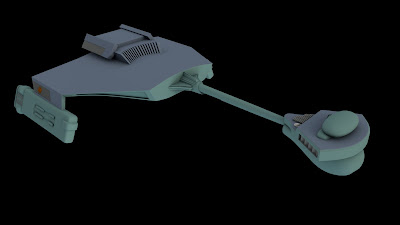 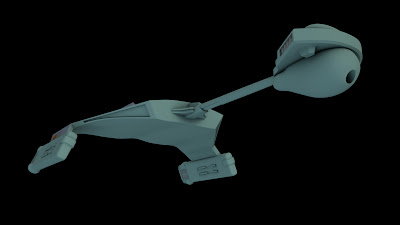 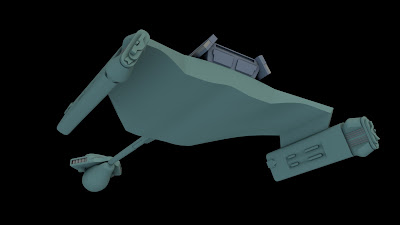 Posted by Henry Gibbens at 4:09 PM