To stay focussed, I decided to take a break... and build another model. Apparently, there is some sense in that - time usage gurus say focusing on smaller projects aids work on the main project - I think it just reflects an inability to stop when the momentum gets going.
Strictly speaking, the Ajax production has not asked for this model, but I thought that it would be fun to build and that they will probably end up using it anyway. So, I present the K-7 Space Station.
This model originally appeared in the TOS classic, 'The Trouble With Tribbles' and was then recreated by model maker extraordinaire, Greg Jein, for the DS9/TOS mash up, 'Trials and Tribble-ations'. I have one of the original AMT kits for this one, but like the previously mentioned shuttle model, it is rather inaccurate. From Memory Alpha - 'The K-7 was based on a model for a real-life space station/moon base proposed by Douglas Aircraft as early as 1960. Intended to be housed in the top stage of the Saturn 1B or Saturn V rocket, it was designed to deploy like an inflatable balloon'. 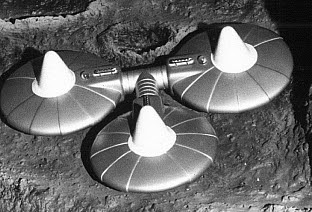 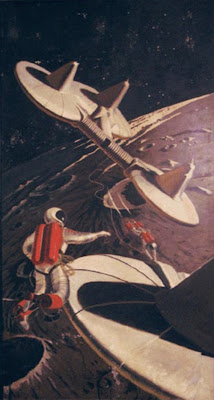 So armed with the model, the original concept, shots of Greg Jein's re-creation and Prologic's excellent model work on Foundation3D, I have made a start on my own model. 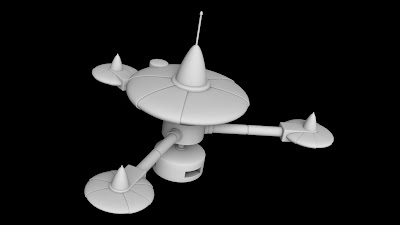 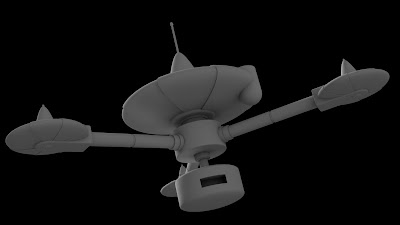