The Ajax may not have the cavernous hanger deck of the Enterprise, but part of the design is two shuttle 'garages' incorporated in to the primary hull. Which raises the need for a shuttle model to go with the Ajax.
The original shuttle for TOS was sponsored by the model company AMT so that they could get the rights to sell a model kit based on it. Shame the model is a totally inaccurate representation of the original and the bane of most Star Trek scale modelers - it ignores the curving upper details of the hull as well as the multi-level inset of the back end. 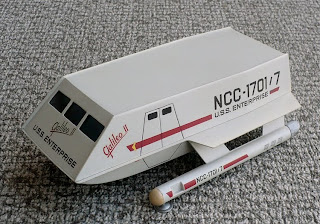 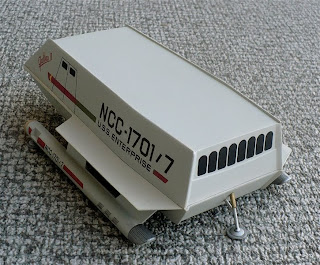 Back to the interwebs for more reference material. Phil Broad had drawn up a set of plans back in '04 which were originally over on cloudster.com, but sadly that site no longer exists - internet archive site waybackmachine to the rescue, at least for the majority of his drawings. Warped9, who posts on TrekBBS has also drawn up a very nice set of plans which formed the major basis for my version. 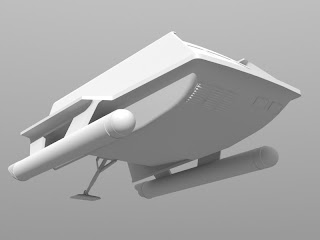 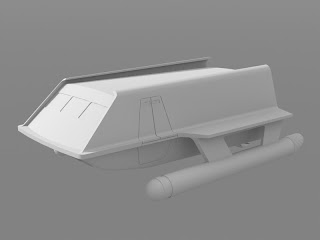 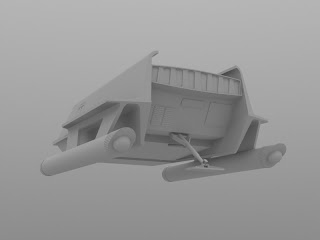 The basics are there, still some detail to add and a bit of tweaking with the shape but still an improvement on the AMT box...

Posted by Henry Gibbens at 9:07 PM