A little heads up on a new project that I will be contributing to - 'Starship Ajax'. This is a new Trek fan production gearing up in Oklahoma City. The production crew have managed to aquire a full bridge set from the now 'on hold' 'Starship Exeter' - http://www.exeterstudio.com/. They have secured hanger/warehouse space and will be erecting a number of standing TOS sets which they aim to offer to other productions to use. 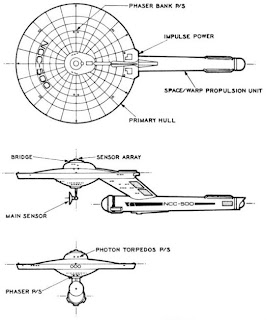 It is classified as a Class I Destroyer or the Saladin class. It even gets a nod from official Trek canon, having been featured on bridge displays seen in the background in ST:TWOK.

What has attracted me to this project is a desire to re-create the look of the 60's style effects. Rather than the shiny new, photoreal effects of other productions, they want the work to look and feel as close to original Trek as possible. These limitation make for an interesting technical challenge - rather than building a full scale CG spaceship and placing it in a physically real space environment, the approach will be to build a ship in scale to the original TOS 11 foot Enterprise miniature and light and film it as if it is in a studio. May not be to everyones taste, but it does represent a chance to try something different. 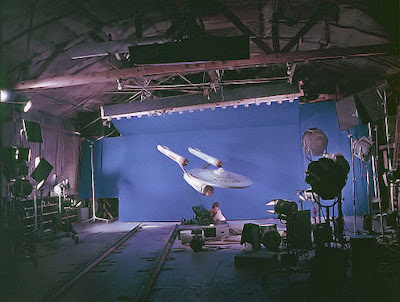 My first task is to build the venerable Ajax herself. 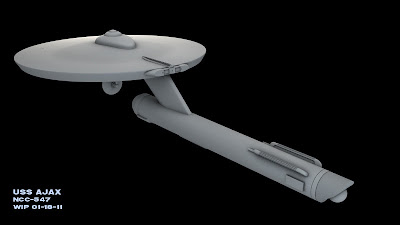 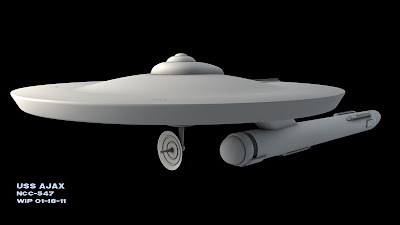 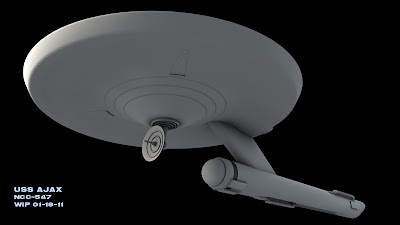 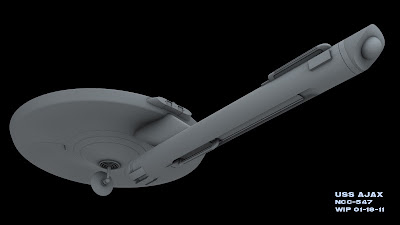 Very much a work in progress at the moment, but she is starting to take shape nicely.