Star Trek: Of Gods and Men

'Star Trek: Of Gods and Men' - or STOGAM to those who like there acronyms - was a large scale project that straddled a borderline between a fan film and an independent production. It boasted luminaries from all generations of the Trek franchise both in front of and behind the camera. It was the closest I felt I was ever going to get to working on a Trek 'feature' so I put my hand up to assist with the VFX workload.
It proved to be an international team - Roland Baron from Canada, Wil Jaspers over in Europe, Bill Thomas and Chris Dawson in the US and your truly here in Australia. We came to the table with a disparate mix of software - Blender, 3DS Max and Lightwave - and for reasons that escape me, other than perhaps blind optimism, I offered to be the translation guy taking models and animation from one package and converting them over so that the team could work as a cohesive whole. 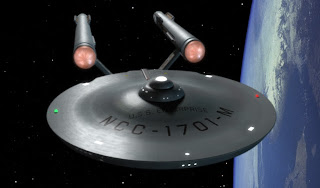 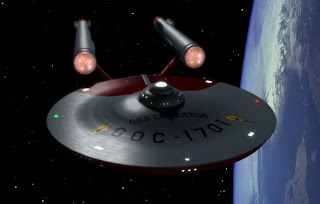 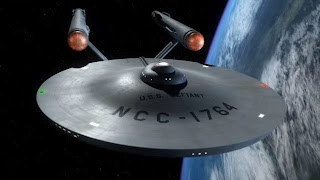 Next up were some designs for a possible Federation fighter. We all pitched in various designs, myself included. 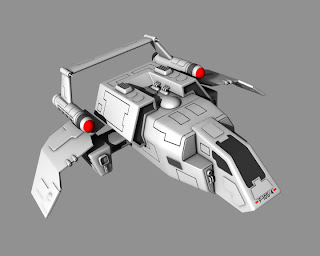 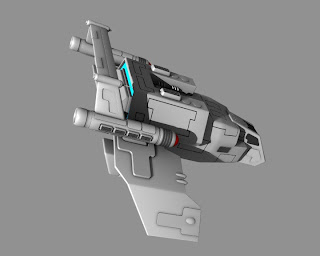 A decision to try and use an existing X-Wing cockpit set to film inserts for pilot shots put paid to my design, but I think Roland took the MAX conversion and had fun using them as cannon fodder in the background of the closing battle.
However, my nemesis on the project was lurking in the wings. Part of the plot hinged on using the Guardian of Forever. A full size prop was built out on location at Vasquez Rocks - famous as setting for many a bare chested shot of William Shatner in TOS - giving the actors something to interact with. The prop was not painted, the idea being that the Guardian would be 'fixed in post' to provide texture and lighting effects. Having had some experience in camera match moving on a previous project, I found myself tasked with the various Guardian shots. Unfortunately, there were no actual plans of the full size prop, and the footage had been shot without tracking markers to aid in producing a digital camera move. In the end, a full digital Guardian replacement was fashioned using behind the scenes photos of the prop, and the match moves, on the whole, came out better than I had hoped. 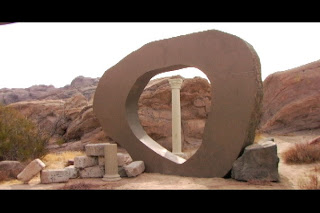 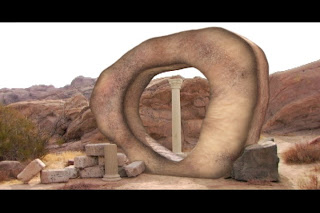 Digital replacement integrated in to plate.

Luckily the production had got permission from Harlan Ellison to use the Guardian in the story - so I can say that I got to work with the 'Guardian of Forever' and I won't be getting sued over it.
The epic final battle was an all hands on deck affair. I worked on a number of shots in where Bill was producing animation work in Blender which I would then bring over in to Lightwave and populate with conversions of Rob's and Wil's MAX models then light render and composite. 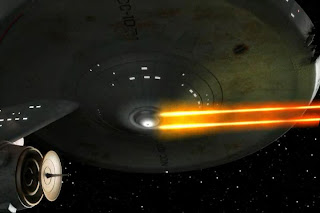 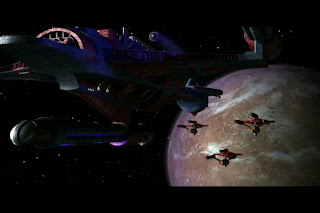 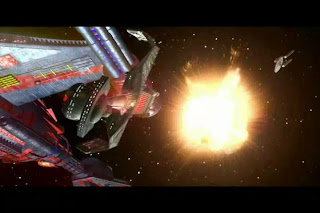